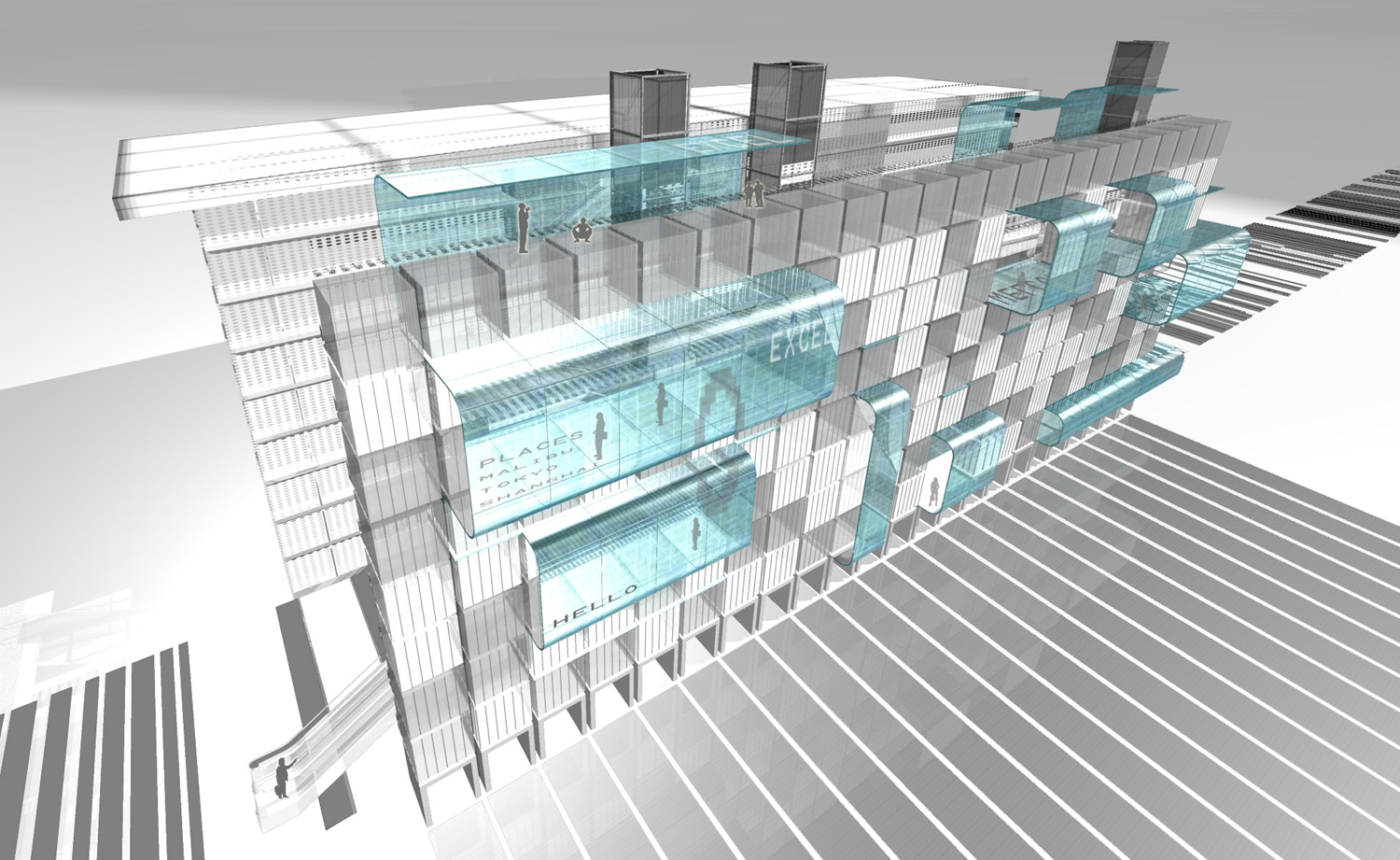 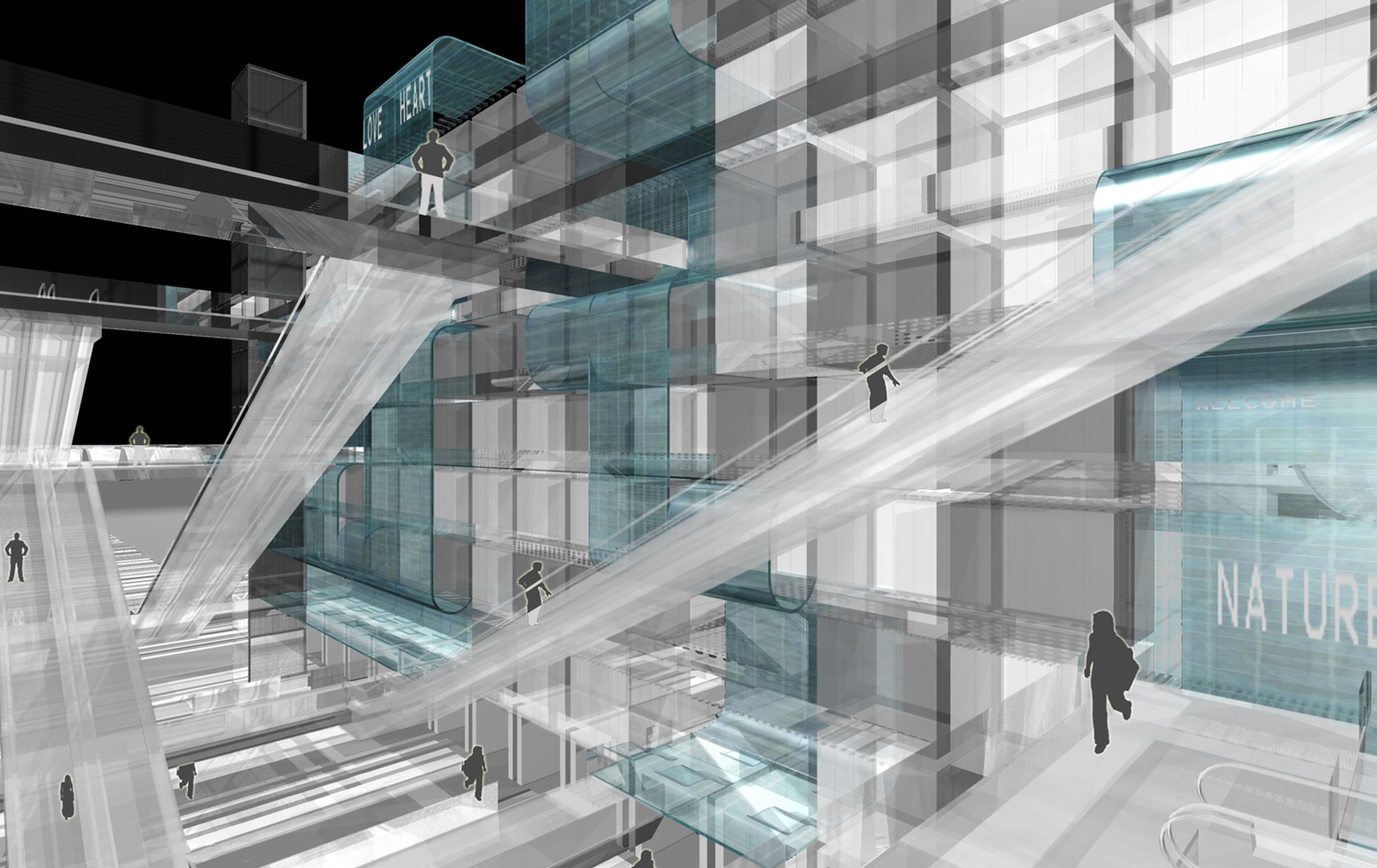 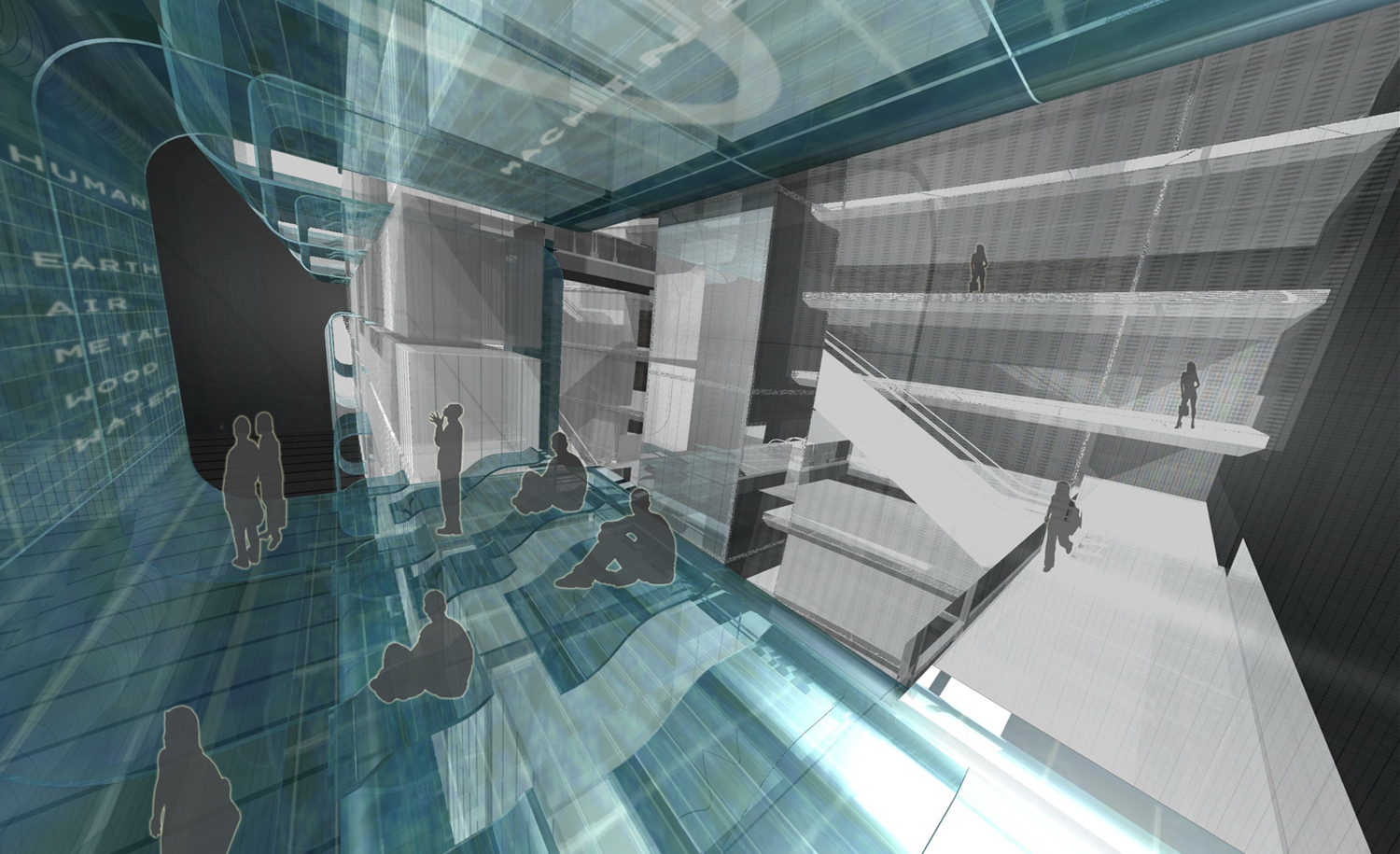 Library for the new age

This library design for the New Age is a competition entry which explores new spaces appropriate for the latest methods of information sharing empowered by the digital media. Since the advent of printing, no other technological invention rivaled the impact of electronic media on the concept of a library, which has always been centered on the idea of a spatial repository of the printed book with reading spaces attached to it. But fundamentally, the library is always more than just a repository; it is an intellectual and physical labyrinth which fueled human imagination and creativity. The process of the reader who breaks down information and re-creates it with ingenuity is here re-interpreted metaphorically as the 0 and 1 codes (ASCII) for “library-for-the-new-age”: the electronic “breaking down of knowledge” and its “re-composition”. The ASCII codes generate an “on/off” façade pattern for the individualized multimedia “pods” and shared meeting spaces. The new pods and shared spaces are seen here as a New Hyper-Skin that co-exist with traditional spatial repository for the printed book.

The design is informed by two central spatial needs for the reader of the new age: the first is for relatively isolated and personalized environments for multimedia interaction of text, image, and sound; this led to the “pods” with digital screens. The second consideration is a new form of “information sharing” made possible by the internet; like the traditional coffee shop which for centuries functioned as stimulating environments for new cultural developments, this proposal presents conceptual “seminar rooms” (as “coffee shops of the new age”) which are linked through ribbons of “hypersurfaces”. All these elements are then returned to the setting of the urban environment and the continued importance of the traditional library; thus, the central atrium forms vertical and horizontal connections between the library as a spatial repository and the library as a skin.