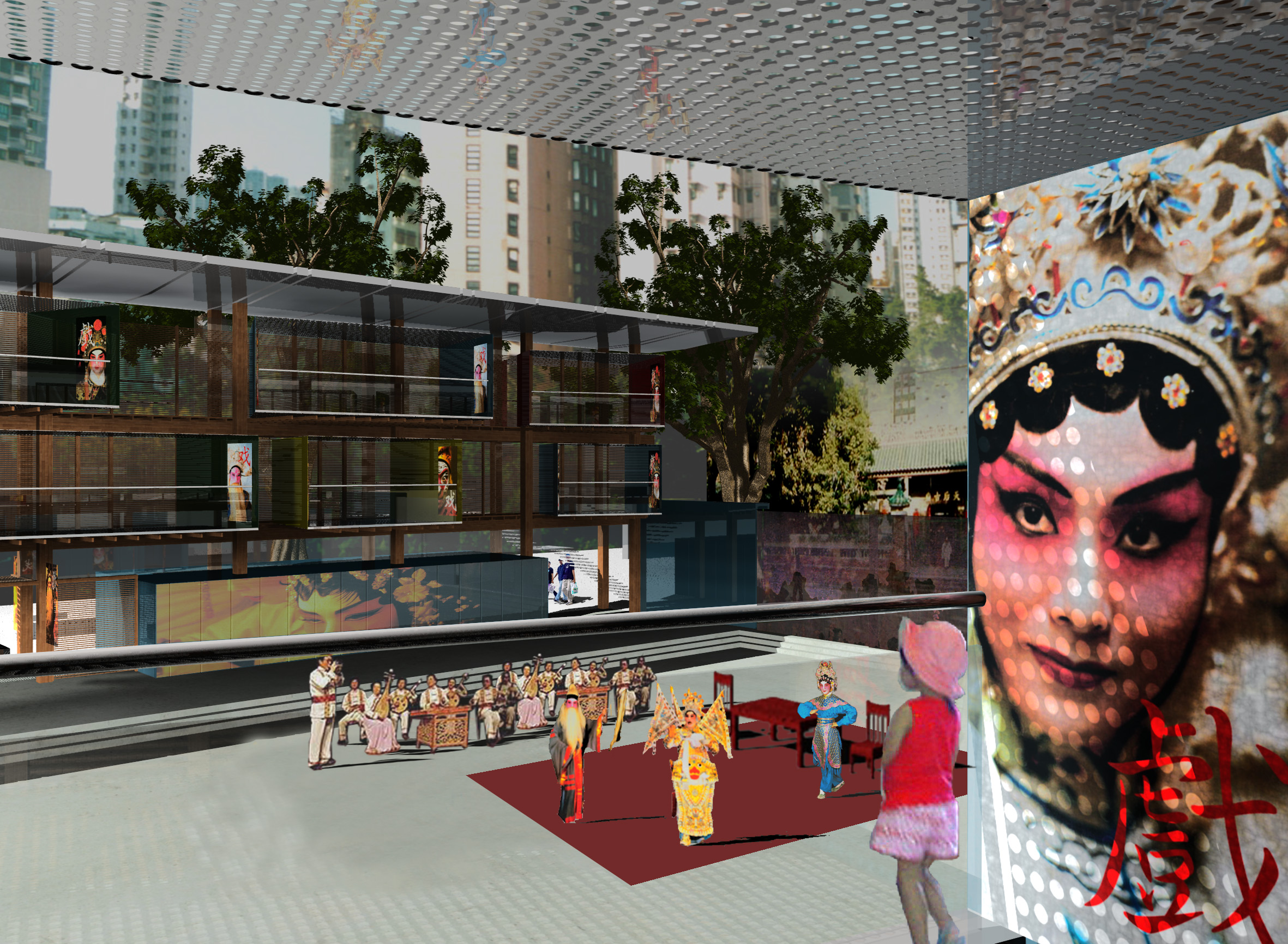 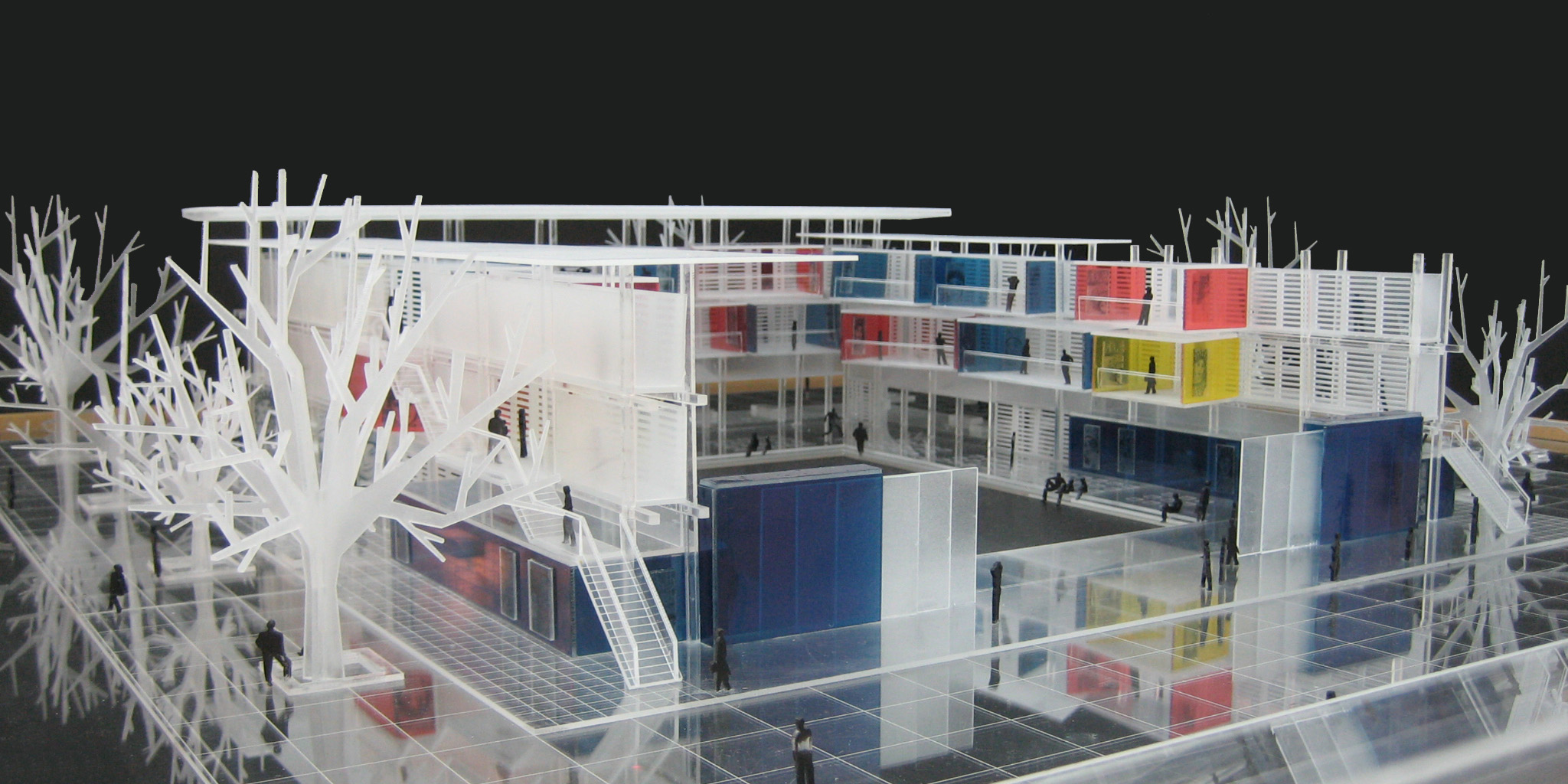 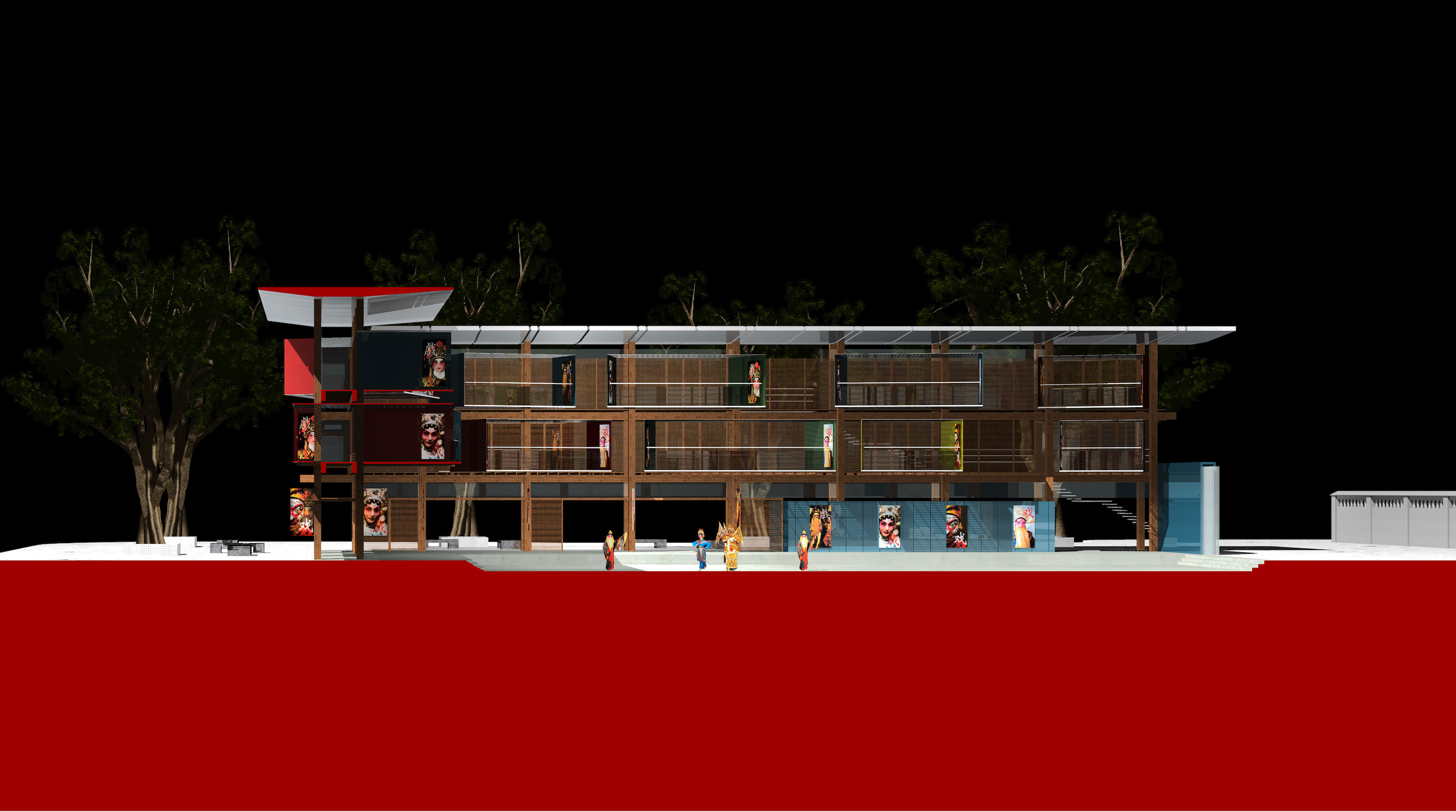 Temple Street is one of the most vibrant places at the traditional heart of the modern metropolis of Hong Kong. The street activities – from the devotion to the Goddess of Tin Hau (associated with the local fishing tradition), to fortune telling next to the Temple, to the sex trade hidden in the maze of buildings, to the buying and selling at the bustling street markets around the Temple – are central to the urban character of the Temple Street area. This is an urban context which enables unusual insights into humanity, as they are embodied in devotion, desire and exchange, and are acted out by people of different races and backgrounds. It is a place of amazing richness and energy. Within this context, there is a thriving tradition of local operatic singing and performances. The square of the Tin Hau Temple is the heart of Temple Street where opera singing is performed regularly. The competition entry is an attempt to move away from the focus on simulation in theatre design – the enclosed performance space and the enormous bulk of the backstage, and to look back to earlier forms of theatre (such as theatres in Shakespearean times) and traditional Chinese theatre spaces. The design responds to the site by delineating an ambiguous edge between life and performance.

The form of the Temple Street Theatre is inspired by bamboo scaffolding and by metal frames of stalls: structural patterns that hover between chaos and order, flexibility and strength, connection and separation, temporality and permanence. These complement the theatre itself which can be seen to be oscillating between a space for reality and a stage for drama. Bamboo scaffolding is frequently used in Hong Kong for many purposes, and it has been the traditional structural form for performance spaces for the Cantonese Opera. By using a series of framed timber structures, the Temple Street Theatre becomes a set of planes with which the rich visual and physical fabrics of Temple Street can be “woven” together in front of the Tin Hau Temple.

During performances, audience may be seated around the “stage” area on the ground floor, and individual projected bays on upper floors become audience boxes set against louver walls enclosed to achieve a better acoustic environment. When there is no performance, the bays can be turned into spaces for hawkers or chess playing groups; on all levels, louver panels along the corridors can then be lifted up to allow the street activities to resume.